OUT OF STATE REHAB

Substance abuse manifests differently in various states. In some places, heroin and other opioids are major concerns, while other states see more addictions to prescription pain medications such as Oxycodone. Other substance abuse statistics – such as drug-related fatalities, the demographics of addiction, and the number of people who go untreated – can vary widely from state to state.

The addiction specialists at Lakeview Health’s Jacksonville, Florida rehab center are dedicated to helping individuals from all fifty states get the tools they need to achieve genuine, lasting recovery. By understanding the nature of addiction in your state and what your options are in terms of out-of-state addiction treatment, you or the person in your life struggling with addiction can make the best decision regarding your recovery needs.

If you are seeking addiction treatment, there are many advantages to not staying close to home. Among these are:

Making Sure You Get Care That Meets Your Individual Needs

When it comes to addiction treatment, “going local” is not always the best option, especially when the treatment options are few. When exploring your options, make sure to ask the following questions:

Does the addiction treatment center treat the specific substance to which I am addicted?

You may be surprised at how many addiction treatment facilities use a cookie-cutter, “one-size-fits-all” approach to treating addiction. Individuals struggling with alcohol use disorder need different types of care than individuals addicted to prescription opioids or stimulants. If the facility you are considering does not discuss the differences in how they approach these various substances, it is worth looking elsewhere.

Does the addiction treatment center offer the level of care I need?

Many facilities only offer outpatient care or partial hospitalization, and few offer comprehensive aftercare programs. The level of care that you require depends entirely on your circumstance. But at Lakeview Health, we make a point of offering every level of care from medically supervised detoxification and residential treatment through a range of levels of outpatient care and aftercare. The breadth of our offerings allows us to individualize our treatment for each patient who walks through our doors.

It is well known in the medical community that individuals struggling with mental health conditions like depression, anxiety, and PTSD are more likely to develop addictive behaviors and substance use disorders. Sadly, many of these will not get the help they need because they have not been diagnosed. A dual diagnosis program like the one at Lakeview Health treats addiction and mental wellness issues that underpin and fuel it simultaneously so that the patient has the best chance of avoiding relapse and achieving genuine recovery.

Another fact that is widely understood in the medical community is that men and women have different relationships to addiction. Aside from the obvious statistical facts that women are less likely to get the help they need, men tend to use substances for pleasure more than women do. In contrast, women are more likely to use substances to self-medicate mental health issues – including trauma – and other types of medical conditions. To pretend that men and women have identical needs when receiving addiction treatment is a recipe for relapse, and to this end, we offer gender-specific treatment at Lakeview Health.

These are only a few of the questions you may wish to ask yourself. But if you are concerned that your needs will not be met locally, it is important for your own recovery goals to seek help outside of your location.

Sometimes You Need a Change of Scenery

Among the many issues that can fuel addictive behaviors and substance use disorders, environmental factors and “triggers” — that is, activities, locations, and people that push individuals to continue their substance use or relapse — are among the most dangerous. Taking time away from these factors by seeking help out of state can allow you to regain your physical and mental health as you develop healthy routines and strategies for handling the triggers you will inevitably face as you reenter everyday life drug- and alcohol-free. 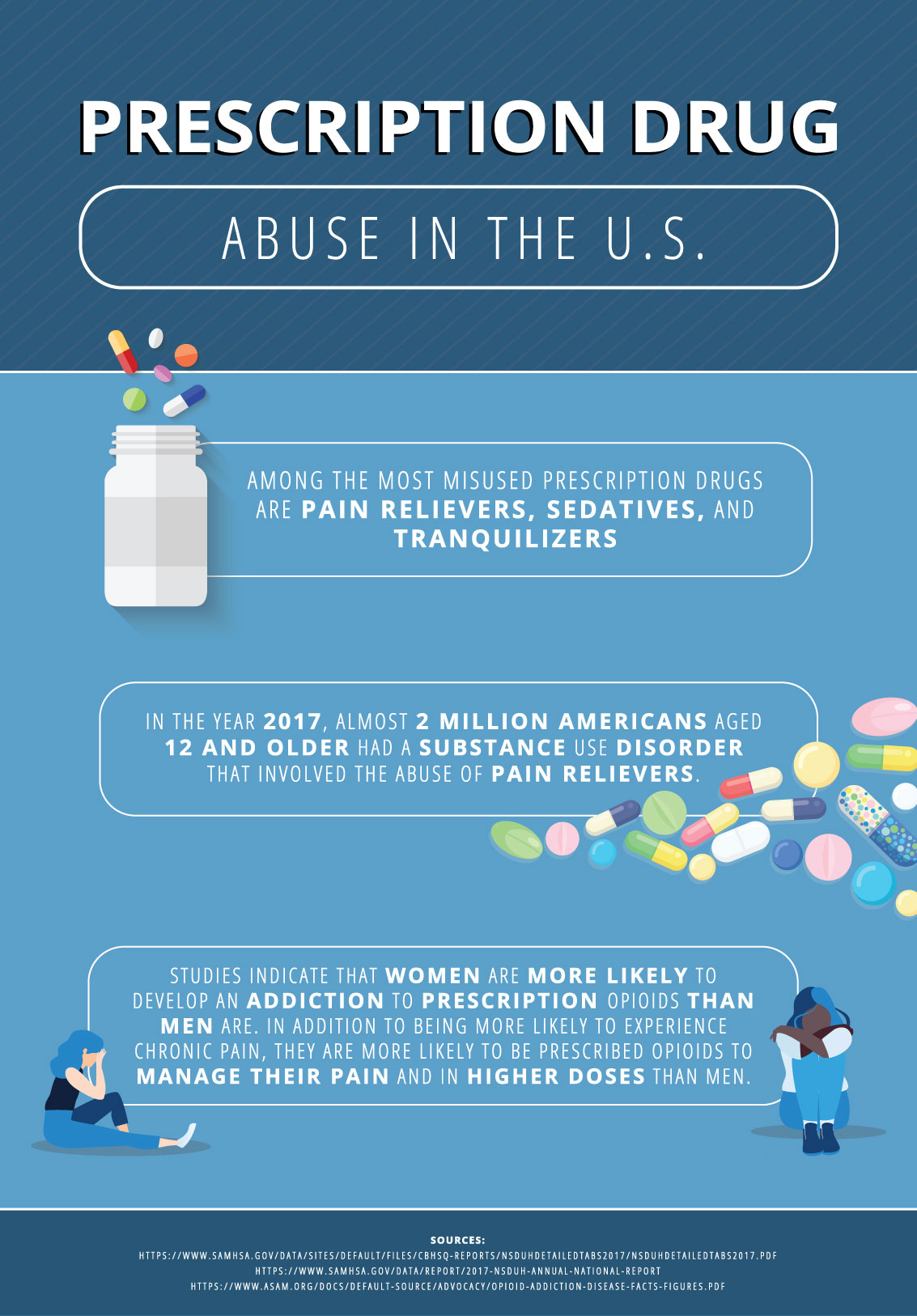 How Can I Learn More About Substance Use in My State?

A little bit of research can be very telling in terms of the kinds of issues that individuals struggling with substance use face in each of the fifty states. Although Lakeview Health only has one physical location, an addiction treatment center in Jacksonville, Florida, our facility and programs still attract patients from across the country. We know the issues patients from different areas will encounter when trying to choose a treatment facility. We can help with everything from general information about our programs to specific details on issues such as insurance coverage. The states listed here are just examples of the states from which our patients travel to seek substance use disorder treatment. If your state is not listed here, don’t worry; we can still help. Please contact Lakeview Health directly for more information.

According to the CDC, Arizona addiction statistics reveal a particularly high incidence of prescription drug abuse. The numbers regarding binge drinking are also high in Arizona, particularly among males who identify as Hispanic. Street drugs are also a problem in Arizona and are especially easy to access.

Georgia addiction statistics show that the state has been hit hard by the opioid crisis, and the state also reports a significant number of alcohol related deaths and DUIs. The most commonly abused drugs in Georgia are marijuana, prescription drugs, cocaine, and amphetamines.

In Illinois, heroin is considered to be one of the most problematic drugs, but Illinois addiction stats also show high rates of use of other illicit drugs, including cocaine, crack, ecstasy, and methamphetamines. Additionally, hundreds of thousands of Illinoisans report heavy alcohol use, but only a fraction of that number receive the treatment they need.

Cocaine, heroin, and methamphetamine are among the most widely abused illicit substances abused in the state of Minnesota. However, Minnesota addiction statistics also show that alcohol abuse is a particularly insidious problem in the state and is particularly problematic among men.

New Jersey addiction statistics reveal recent rises in binge drinking rates in the state, particularly among women. Although their reports of substance abuse are generally significantly lower than in the rest of the country, they lead the nation in the number of students who encounter drugs at school.

Around 11% of the population of New York state report addiction issues each year, which is significantly higher than other states in the U.S. It is home to New York City, which many law enforcement officials claim is the largest market of illegal drugs in the U.S. As a whole, New York addiction statistics show significant issues with both alcohol and prescription drug abuse across the state.

North Carolina addiction statistics show that methamphetamine and opioid abuse are becoming more significant problems in the state each year, and a significant number of North Carolinians report alcohol abuse or addiction.

Pennsylvania addiction statistics reveal a significant number of issues with alcohol use, and DUIs are a particular problem in the state. Additional, illicit drug use, especially of heroin and cocaine, are seen as significant issues.

In addition to exhibiting severe problems with alcohol consumption and with binge drinking in particular, the state of South Carolina has been hit hard by the opioid crisis. South Carolina addiction statistics show that in 2016, five million opioid prescriptions were filled; statistically, that is one for every state resident.

Tennessee ranks in the top five in the nation in terms of overall substance abuse rates, and the problem is particularly prevalent among males. A further look at Tennessee addiction statistics reveals that alcohol abuse is a continual issue, although opioid abuse has seen an increase in recent years.

Wisconsin has one of the highest rates of binge drinking in the nation. There has also been a recent increase in the misuse of prescription drugs, including opioids, according to recent Wisconsin addiction statistics.

If you or someone you care about is battling addiction, it is important that you act quickly no matter where in the U.S. you reside. The addiction specialists at Lakeview Health are ready to help. Reach out to us online today to learn more about our wide variety of addiction treatment and mental health programs, or call us at 866.704.7692 to learn more.